She smiled as she said it.

In my limited Japanese, I understood this to mean, “difficult, right?”

We were talking about my baby.

This time last year I stayed home for a month with our then three-month-old son, Sei. I was pushing him in his stroller outside our apartment building when I encountered the second-floor housewife.

She asked me how we were doing as new parents. Without prompt, she added the, “Taihen, ne?”

She was shocked by my response, and we never talked again.

A few weeks later, I ran into an acquaintance from Texas. She remembered we had a new baby.

“How is he!” she exclaimed. “I bet he’s the most precious thing!”

Again, I was stunned for words, this time by the platinum-blonde’s enthusiastic outburst over a child she never met.

(Though yes, Sei is the most precious thing.)

Japanese parents love their children as much as Americans, but they don’t express their joy. “Taihen ne,” is common discourse among housewives. And American parents often find their children annoying, but you must always deify their angelic deeds, even as they are smearing peanut butter down your shin.

While I have never raised a child in America, I can safely say there are differences from raising a child in Japan. My wife stayed in the hospital for four days after her safe delivery, as is the norm here in Tokyo. After bringing the child home, he isn’t supposed to go outside for one month, or even let sunshine hit his face through the window.

Many Japanese mothers live with their parents for the first month of the baby’s life, while the father takes a vacation at home. (The average Japanese father spends 1 hour a day on housework, compared to 3 hours in other developed countries.)

Working mothers get 1-year maternity leave, like many European countries. However, that is where the similarity ends.

Sixty percent of Japanese women quit their jobs because of the lack of support for working mothers. Britain, meanwhile, enacted a 50-week period in which mothers and fathers can split the time however they wish.

Lisa took 3 months maternity leave, and I took 1 month paternity leave. This was by choice. We are both fortunate to have supportive companies.

Others aren’t so lucky. There is an issue in Japan called “maternity harassment.” Bosses needle female employees so much about taking leave that miscarriages have occurred.

Sometimes, working women return to a demotion, or their position has been eliminated altogether.

By law, men are allowed one month paternity leave. Such few men take the leave that the government had to change their statistical measurement. If a man takes 1-day paternity leave, they consider that the same as taking one month. Miraculously the statistics jumped.

Recently a Kyoto politician attempted to take one month paternity leave in efforts to change the mindset. However, he was chastised by senior members of his own party. A week after his baby was born, gossip mags uncovered his illicit affair with an “entertainer.”

(My British friends claim he was set up.)

Rather than serving as a harbinger for change, this up-and-coming, and stupid, politician publicly resigned in disgrace.

This guy is a member of the LDP, the same ruling party as Japan’s prime minister Shinzo Abe, who has given lip service to increasing support for working mothers.

Japan can increase its GDP by 14 percent if it raises female employment to the same level as men. To help working mothers, Abe’s goal is to increase childcare capacity by 500,000 by 2017.

The opposition proclaims his efforts a failure. A protest sparked by an anonymous blogger was held outside the diet building regarding lack of childcare facilities, and Abe’s weak response.

Last year my wife and I applied for public childcare, and we ranked 37th out of 90 people applying for one open spot. This year we ranked in the 70s.

We at least have an option as Lisa’s office provides on-site childcare. We rearranged our schedules drastically, but we make it work.

More companies are offering on-site childcare, but many mothers refuse to take their baby on the train. 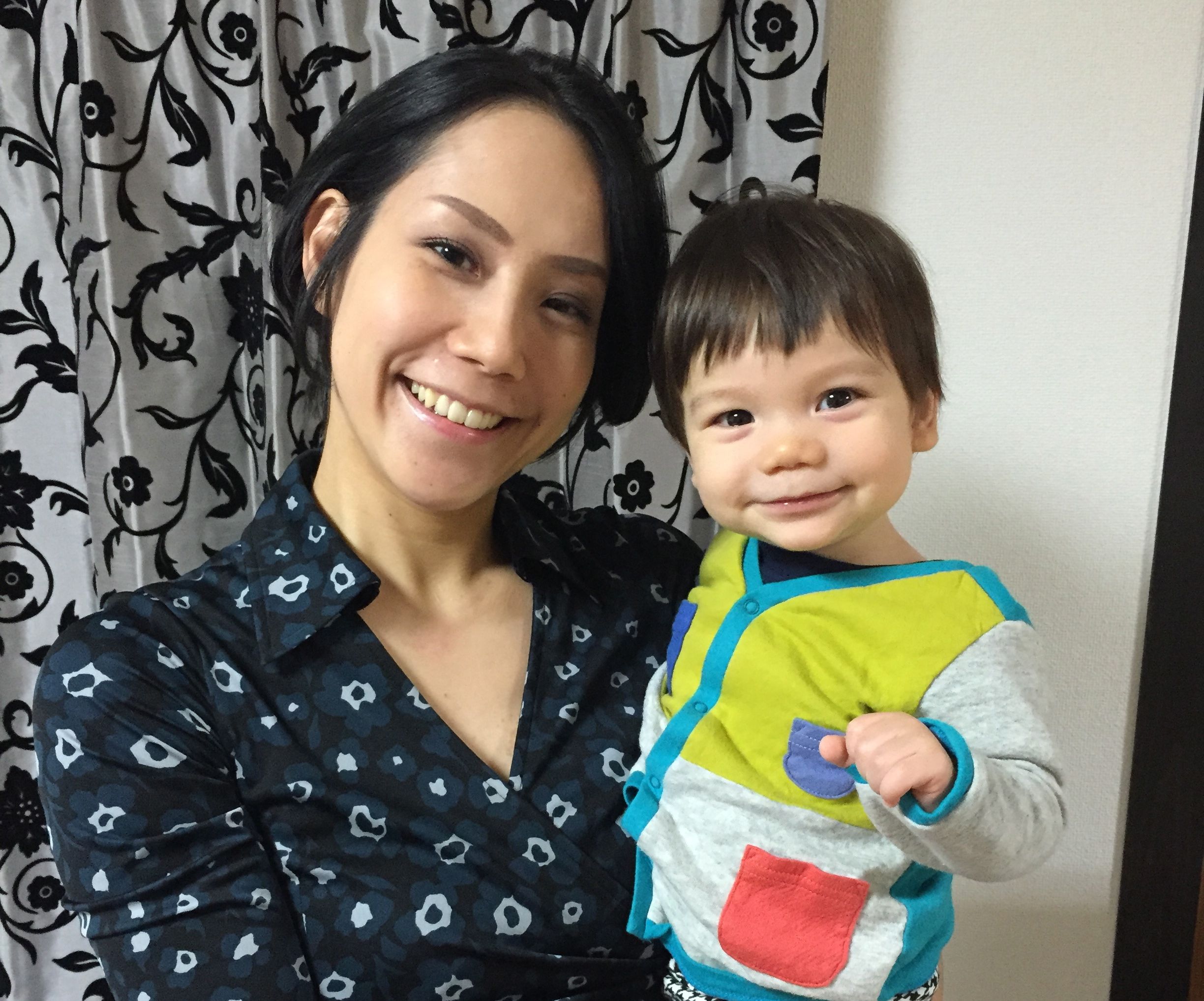 Sometimes we get dirty glares from fellow passengers as we haul our stroller on the train during rush hour. Other times people help keep Sei entertained during the harried ride.

Weekends are spent at the park, but so far we have resisted joining the cult of mamatomos. Mamatomo is slang for “mom friends.” At any Tokyo park you will find a group of housewives, all dressed in drab mom clothes, riding identical bicycles (mamacharis), complaining about their children.

The same way in which Japanese salarymen aren’t supposed to express pleasure toward their job, Japanese mothers only complain about how the teacher sent a note home because little Ken’s packed lunch wasn’t as pretty as other students’ (this happened to a friend).

At the end of the day, we’re all fine. Everyone is fine. It’s like my co-worker said, even if you abandon your kid in Yoyogi Park, he will survive. Somebody will take care of him.

Parenting is tough. Every parent deals with the same issues. Today Sei learned how to pull the fence away from the TV stand and rearranged our DVD collection and overturned his diaper bin. 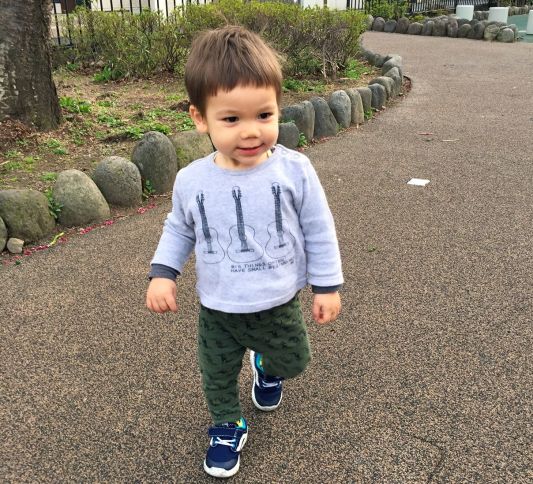