For about 8 years now I have been attempting to learn Japanese to various levels of success.

First, I tried repetition/memorization CDs from Pimsler. They would say the phrase, like Nihongo-ga sukoshi hanashimasu (I speak a little Japanese). And I would repeat it. Over and over. This was a good start, but the lessons were limited.

Plus I am a former pothead and the information retention abilities have yellowed like week-old bong water. 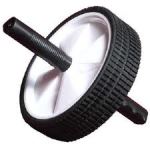 Some weeks I would go at the Rosetta Stone hard and heavy, crunching those linguistics. Learning things like jitensha ni notteimasu (I ride a bike) and Tori wa tondeimasu (the bird flies). But most weeks the Rosetta Stone disc collected dust while sitting atop an old Spin Doctors CD.

However, now it is official. Lisa and I will be moving to Japan next week (May 16). We began the process essentially when we were married last November. And it was in January when I was like, “oh shit, I should really improve my Japanese language skills!”

So at the gentle prodding of Lisa, I signed up for a private class through the Japan America Society of Greater Philadelphia, which came recommended from a friend. The cost was $280 for a 10-week course, plus $100 for the book.

People ask me, “Why pay for someone to teach you Japanese when you have a Japanese wife at home?”

These are generally people who have never been married.

Lisa and I used to try to converse in Japanese during dinner. Lisa would ask me, what time is it? (Nanjini desuka?) And like a slow first grader

Needless to say, this did not go well. Lisa would spend half an hour asking me nanjini desuka, and I would just sit there and make up new measurements of time.

The class has done wonders. I now know the hiragana and katakana alphabet. I can tell time adroitly. I know my colors and directions and how to ask to go to the bathroom. I am like the star student in the first grade class. Of course, there is still a learning curve.

About a month ago Lisa took me to a social function (turbo cup tournament) sponsored by the Asian clubs at Wharton. I was the ringer for the Japanese team. Between rounds I was trying to explain to the team captain what I had recently learned in my Japanese class.

I told him that I had learned how to say, “to come,” as in “to come home,” which in Japanese, translates to “kaire.”

However, I got it mixed up, and started yelling, “iku, iku iku!!!” Which means “to go” somewhere.

Lisa asked me what I was trying to say. “To come,” I said. And she gawked at me in horror.

Only, it is a different kind of “to come.” 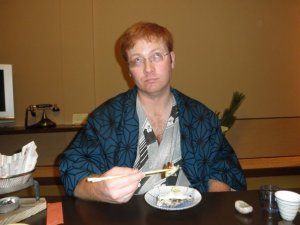 Apparently, when having an orgasm in Japan, instead of shouting out, “Oh God!”, the Japanese yell out, “Iku!”

So there I was, the anchor leg of the Japanese turbo cup team, shouting, “iku, iku, iku!!!”

There is still a little ways to go with my Japanese lessons, but I am getting there.